Char kuey teow was originally created by fishermen who would sell their catch of the day such as prawns and blood cockles to supplement their income during the colonial days.

Char Kuey Teow hails from the northern state of Penang, the Pearl of The Orient, which is itself a UNESCO World Heritage Site, It is made up of an island and a narrow strip of the mainland coast, known as Seberang Perai. One of the must try in Penang is none other than the local delicacy with its very humble origins, the Char Kuey Teow. So let’s hop on to learn how we can make our own dish of Penang Char Kuey Teow from the comfort of our homes! Enjoy!
Now, hopefully, you can create your own Char kuey teow dish with your loved ones.
Also, I cordially invite you to eat with us and learn more about all the Malaysian local foods recipes. 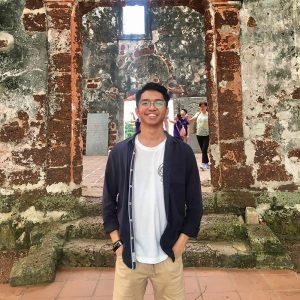 The food should be perfect and the cooking process should be simple. On weekends I enjoy watching funny cat videos and making fresh pasta. and currently still looking for restaurant that makes me want to go back and eat there again