Mooncakes come in many different flavors and textures. You may be wondering, how did they ever come about?

Mooncakes were originally made as a remembrance of a woman, named Chang’e, who became a moon goddess. Her husband, Hou Yi, missed her so much when she was transformed into an immortal and flew to the moon. So, he made round cakes to look like the shape of the moon, as an offering to her. This legend was then celebrated as the Moon Festival or Mid-Autumn Festival in Asian Regions. In Chinese Culture, the round shape symbolizes completeness and togetherness. Thus, coupled with the round shape of the moon, it is celebrated as a time of prosperity and reunion. So nowadays, it is also known as a harvest festival where families get together for a thanksgiving meal, light up lanterns and eat mooncakes.

Types of mooncakes and flavors

Mooncakes are categorized based on two aspects, Traditional and Modern. Traditional mooncakes vary based on which Chinese Region they come from such as Shanghai, Hong Kong and more. They are baked and can have different appearances, textures and taste.
Modern mooncakes are a contemporary twist adopted by the recent generations. These mooncakes are generally served cold and have a thin outer layer known as a ‘snow skin’.

The Cantonese Mooncake is the most popular one out there. They are shaped like a lotus that has a soft golden-brown skin. Their filling is usually made of something sweet like lotus paste which is made of lotus seeds. An egg yolk is also included and sometimes even two, depending on the size of the mooncake.

They can also have number of other choices of fillings such as:

Though they normally come in sweet flavors, there are also some savoury options like, ham, chicken and roast pork.

The Shanghai Mooncake has a different type of outer layer. It’s skin is more yellowish, crisp and crumbly compared to the Cantonese Mooncake. They are also commonly filled with lotus paste and an egg yolk. You can find them mostly having black sesame seeds sprinkled on top.

Distinct for it’s ‘thousand’ spiral layers. The Teochew Mooncake has a flaky crust and can come in a few colors. It is generally filled with yam, mung bean or red bean paste. They are a wonderful choice to be given as a gift to relatives during the festival

The Suzhou Mooncake is a type of savoury mooncake.They have a off-white flaky skin and a slight browned area in the middle. Suzhou Mooncakes are usually marked with a red stamp or sesame seeds on top.

Beijing Mooncakes can be identified with their red circle stamp on the top. They also have a dry, brown flaky crust and are filled with osmanthus, peach seeds, and dried orange peels.

They are nowadays made into many different shapes and designs, which is such an eye-candy.

Too darn cute to be eaten.

Square? Because why not? And they have a ton of creative variants with appetizing flavors!

Very famous these days among youngsters.

Matcha Sakura is made with a chocolate ganache shell outside, so beautiful, you might not even eat it.

This mooncake uses fruits to make the jelly. Very popular among children!

Now, they were right when they said, chocolate makes everything better! Just look at the chocolate oozing out.

Yes there is alcohol in this mooncake. Dayummm.

Durian lovers, this is for you.

We all know a friend who loves tea. You got to recommend this one to them.

Oreos and mooncakes. Who knew they could taste so good?

Almost all of us love the lava version of desserts. Well this is the lava custard mooncake with salted egg yolk will not disappoint.

There you have it! Some of the most unusual and appetizing mooncakes, so now you know which types you can get next time.

Check out our quick and easy 30 Day Guide for Beginner Bakers
Get amazed with: Top 10 Trendy and Stunning Cakes in 2021
Want to start Juicing like a Celeb? Check out Top 10 Juicers
Need to know if you are using the right flour? Check out Best Flour For Cakes
Want to know how to make Bread? Check out Bake Bread Like A Pro 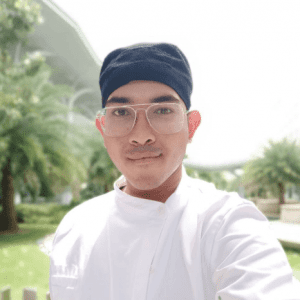 I love to cook eventhough I have no idea what am I doing at times. You see, when it comes to food, it's like about being in a relationship with yourself. You gotta feel, let it flow naturally and you will be satisfied.

Most Appetizing Types of Mooncakes and Flavors in Malaysia 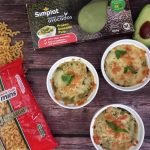 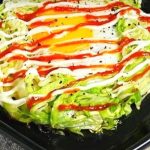 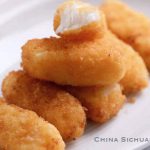 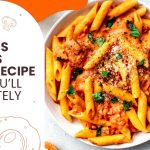 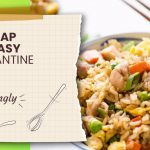 15 Cheap And Easy Quarantine Meals (No.7 is surprisingly good!)

Close
© Copyright 2021 by My Weekend Plan. All Rights Reserved.
Close